Q.U.B.E. is a 3D first person puzzle game developed by Toxic Games based on Epic’s UDK; it is the first release of a game funded by the Indie Fund.

When I was hired to do the sound design for this project, I had less than two months to create and implement all sound effects. Within this tight deadline I 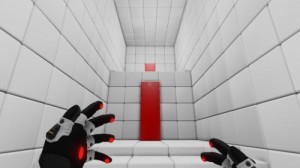 had to come up with a consistent style for the audio reflecting the unique environment while making it feel “real” for the player; at the same time it was crucial to provide valuable feedback on the gameplay mechanics, as this game has a very unique approach to gameplay without an ingame UI and no tutorials.

During the implementation of the audio I was encountering another challenge: QUBE’s puzzle mechanics are completely based on Epic’s visual scripting system Kismet – while time was of the essence I had to learn how these massive Kismet setups were working to find out where and how to implement the required gameplay sounds.

Other challenges were setting up a system that triggers convincing collision sounds for the various physics objects featured in this game, delivering the audio for several ingame cutscenes and coordinating my workflow while working on the build via SVN at the same time as the other team members.

Q.U.B.E. is a fascinating game off the beaten tracks of the casual space marine and WW2 shooters – although this was a remote gig, I did enjoy working 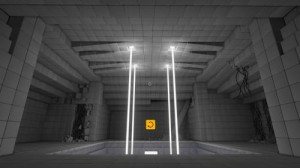 within this talented and hard working team of pleasant chaps!

You will find a video with game play footage at the Videos section.