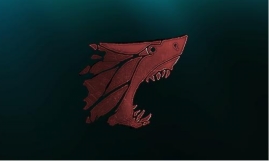 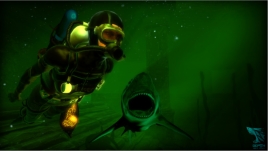 Depth was based on Epic’s UDK, and created by a team of full and part time working developers that were spread all over the globe. Some of them were already spearheading the creation of the popular Unreal Tournament mod “Killing Floor” before; this game was later turned into a commercial release with great success. Other team members were former Epic developers, and there was also a great audio team with the guys from Engine Audio. So, while not being paid, working on this project in my spare time for more than a year was still an awesome opportunity to learn from the very best – I learned not only a lot about sound design and implementation in here, but also about working remotely within a team in a development pipeline and using tools like SVN over the internet.